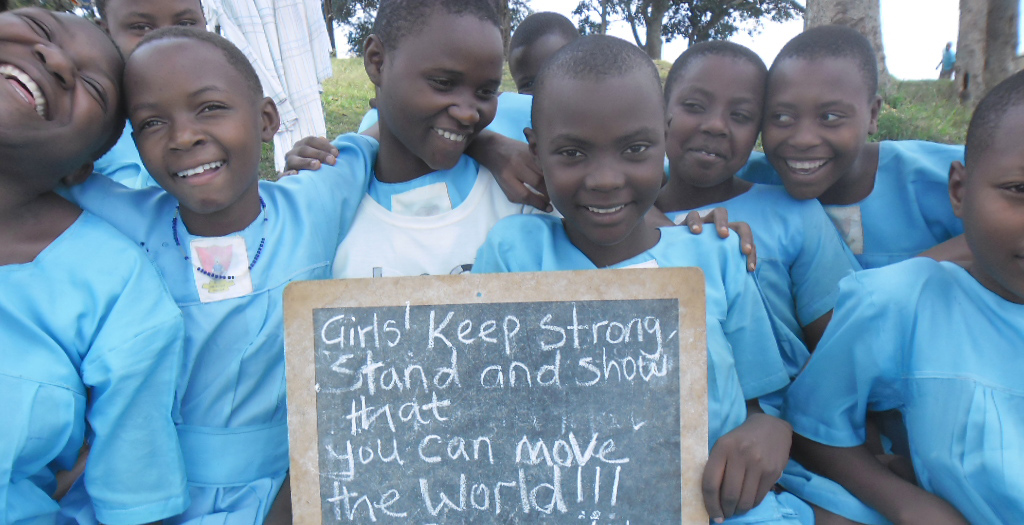 It is well known that educated girls marry later, have smaller, healthier families, delay timing of first sexual experiences and have higher family incomes. Anything that gets in the way of girls achieving the maximum years of education that they can, results in families trapped in cycles of poverty with daughters likely to have as poor an education as their mothers.

Getting a good education in rural Uganda is not easy for boys or girls, but in addition to lack of school fees, long walks to school, poor diets, no electricity, and domestic chores, girls also have to cope with the challenges of managing their menstrual periods. Equally important is a lack of accurate sexual knowledge. Menstruation and sexual ignorance cannot be divorced from each other, presenting special and closely linked challenges unique to girls.

To help 2,500 girls in 16 rural Ugandan schools perform better academically, unhindered by their biology, Forgirlsake is donating $10,000 to The Kasiisi Project to provide sexual health education and the skills to make reusable menstrual pads to girls in Grades 4-6. (Girls in these grades have a mean age of 13.6 years and greater than 60% are menstruating. By age 16, 100% have reached menarche.) Educational programs will provide accurate sexual health information by teaching these girls about their bodies, puberty, sexual health, and conception as well as linking them with trained personnel who can answer their questions. And through workshops, 150 girls from each school will learn the importance of menstrual hygiene and how to make reusable menstrual pads (RUMPs) from readily available materials found in most homes. The Kasiisi Project will then encourage the schools and trained girls to extend the programming to all girls not included in these classes.

Funds will also be used to train girl scout leaders. Girl scouts are an important resource for these girls. They teach confidence and sexual health, as well as practical life skills such as sewing and cooking. The former helps prevent unwanted pregnancy and the latter provides a means of making a living for the many girls who do not go on to secondary school, thus protecting them from early marriage. This project will complement three other already funded programs supporting the reproductive health of girls; construction of girl friendly latrines, peer education training and a project that helps parents be the primary source of sexual information for their children.

Our Partner, The Kasiisi Project, works with 16 government primary schools located in Western Uganda within 5 km of Kibale National Park, a rain forest home to over 1400 chimpanzees and 400 elephants. The over 8000 children served by the Project are predominantly the children of rural subsistence farmers, with an average income of about $400 a year. School starts at six years and students graduate from primary school between 12 and 17 years old. Student populations are split 50:50 between boys and girls. Approximately 60% of the girls are menstruating and often miss school because they cannot face the challenges of dealing with periods without easy access to pads and good washing facilities. Many are also sexually active and vulnerable to all the problems easily predicted by their deep lack of accurate sexual knowledge, which result in loss of education.

Menstruation in a developing country is often a hinderance to a girl’s education. While school attendance is difficult to track, girls miss school during menstrual periods due to lack of easily managed menstrual hygiene products. Traditionally women use old cloth. This leads to leaks and odor causing teasing and embarrassment, problems transporting used cloth, and in a country with high HIV infection rates, a concern with contact with bodily fluids. It is much easier to stay at home.

Secondly, there is reluctance to attend school during menstruation because of indiscreet washing facilities, or latrines shared with boys. All schools are required to have a special area for girls to wash. However, these washrooms are often glaringly obvious, causing so much embarrassment they go unused. Sharing latrines with boys, although not officially sanctioned, is common and equally difficult for girls.

Thirdly, there are taboos surrounding the discussion of menstruation. Traditionally, talking about menstrual issues is avoided, even with parents. Changing family demographics mean that traditional sources of guidance, aunts and uncles, are likely to be living far away. These attitudes are changing due to more open conversations and education, but still girls report that they ‘fear’ asking parents for underwear and sanitary protection, especially where mothers are dead or absent.

Interwoven with the issue of menstruation, the lack of accurate sexual knowledge leads to risks of unplanned pregnancy, higher susceptibility to STDs, high abortion rates, and early marriage — all obstacles to a girl’s welfare and education. Pregnancy stigmatizes girls and almost always ends their education. Anti-HIV messages on school walls have limited impact on children ignorant of their biology, and reproduction is not taught until 6th Grade, when over 90% of girls are menstruating and many are already sexually active. Ignorance of reproductive biology is terrifying. Even in the relatively well served schools of the Kasiisi Project, over 50% of girls believe intercourse before 14 prevents bones from growing in their vagina, and that they cannot become pregnant while standing up. 24% of Ugandan girls have had their first intercourse by 14, and half had their first baby by 18. Nationally, the rate of early marriage is 45%. Data from The Kasiisi Project primary schools show a 6% annual pregnancy rate in Grades 5-7, likely a gross underestimate as one third of unplanned pregnancies in Uganda are aborted. 43% of Ugandan teenagers are forced into their first sexual encounter, a strong predictor of abortion, resulting in 25% of maternal deaths (one of the highest in Africa and 3x higher for teenagers), as well as high levels of injury, with 70% of rural women experiencing post-abortion complications.

Thank you for helping us support this initiative which creates conditions for girls to feel empowered, comfortable in their bodies and succeed academically!

The Kasiisi Project has been teaching students, parents, teachers and village health workers how to make RUMPs in 16 schools. Students are trained and encouraged to share their new skills with their peers, and schools have been eager to run workshops. Boys are now also making them for sisters and mothers – a major cultural shift leading to less teasing and more open conversation. 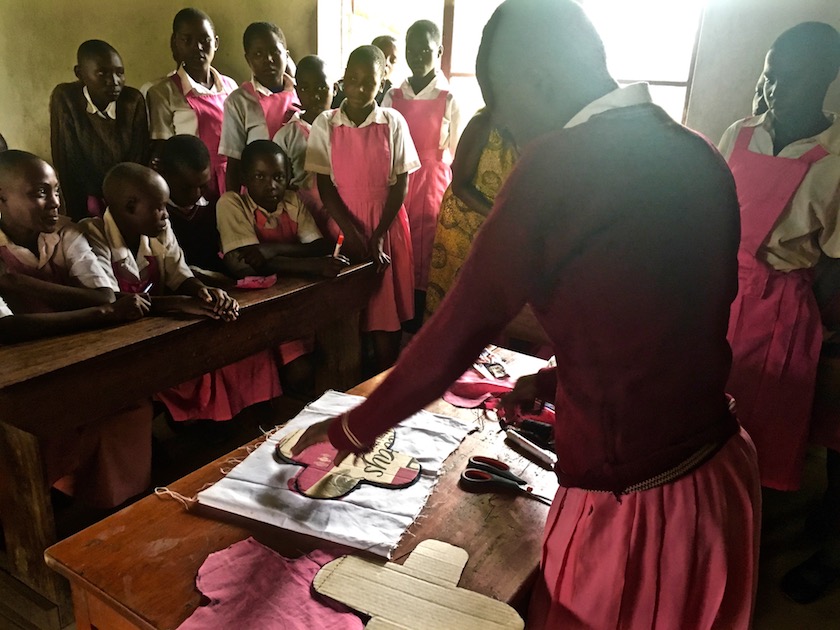