For the last two years, Forgirlsake partnered with Pathways Development Initiative (PDI), a community-based organization in Bududa, Uganda that is dedicated to equipping girls with skills to build sustainable livelihoods. Many girls who become pregnant or do not have adequate funding, involuntarily drop out of school. To get bright, motivated girls back in the classroom, Forgirlsake contributed approximately $18,000 to launch The Second Chance Scholarship Project (SCEP) and send ten girls to school.

In the Bududa District of Eastern Uganda, the average woman has nine children and conceives her first child at 14 years of age. If a girl who is fortunate enough to go to school gets pregnant, her education usually ends there. As a result of high teen pregnancy, and the general view that it is not worth investing in girls’ education, there are large numbers of girls who drop out of school after attaining some secondary education. These girls are literate, as the parents have often invested over seven years in their education. But they have no certifiable qualification to either seek employment or further their education. As a result, they end up getting married at an early age and becoming dependent on their husbands who are often abusive. Alternatively, they depart for cities to work as domestic workers, consequently exposing themselves to all the societal vulnerabilities that affect uneducated, poor women.

When these girls have an opportunity to complete post-secondary education and acquire vocational training, they are able to earn a living and change their lives, the lives of their children, and the community at large. With Forgirlsake’s scholarship funds for the SCEP and PDI’s nurturing support, they can continue their studies in high school, college, or vocational programs such as teaching or nursing.

What’s happening now?
Peninah Nasaka, who is studying Childhood Development and Annet Nanyama in the Catering and Hotel Management program are shown above. Both are in the final year at Christian Child Care Program (CCL), the best vocational institute in the region. Other girls completed programs in hospital record management, fashion and design, and hairdressing. Four of the young women graduated in March 2017 and PDI founder, Annette Champney, expressed that it was moving day and highly talked about in the community and by district leaders. Congratulations to the SCEP graduates! For more information on PDI, please visit pdiuganda.org. 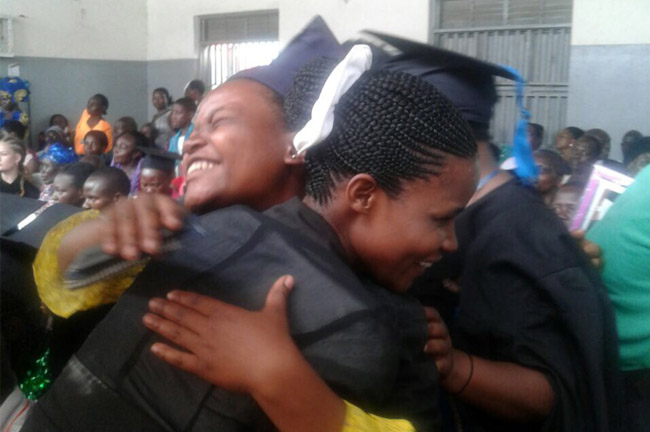 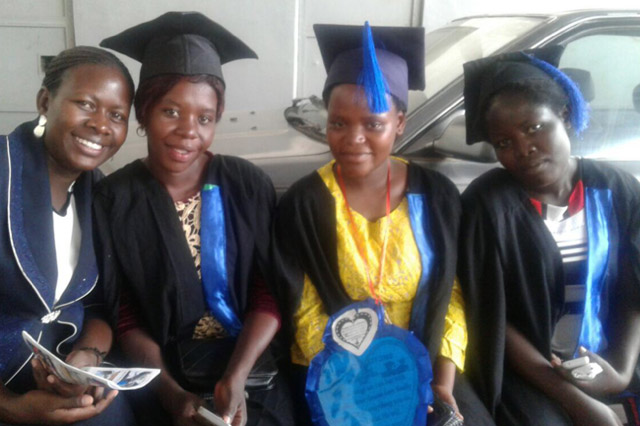